The Beijing Treaty on Audiovisual Performances has officially entered into force and can from today（April 28, 2020） begin improving earning conditions for actors and other audiovisual performers – a development with added importance amid the negative impact on cultural production by the economic fallout from the COVID-19 pandemic.

“Many of the actors and other performers in our beloved series and movies are essentially gig workers, without long-term salaries, equity stakes or great fame. The Beijing Treaty helps give these performers more rights to their work, which in turn boosts their personal revenues.”
——WIPO Director General Francis Gurry

The Treaty is designed to help audiovisual performers – television and film actors, musicians, dancers, and others – many of whom live from job to job in precarious economic circumstances. The Treaty expands audiovisual workers' performance-related rights, which can translate into increased payments from retransmission – an especially critical benefit as many new productions are halted due to the COVID-19 pandemic. 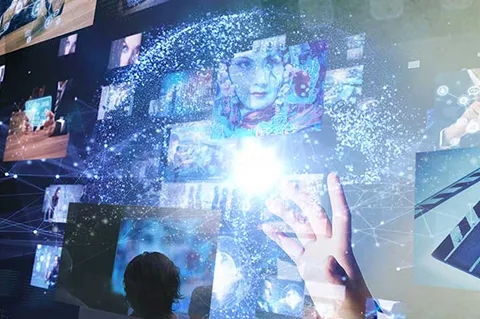 "Many of the actors and other performers in our beloved series and movies are essentially gig workers, without long-term salaries, equity stakes or great fame," said WIPO Director General Francis Gurry. "The Beijing Treaty helps give these performers more rights to their work, which in turn boosts their personal revenues. If ever there was a moment to increase the amount - and predictability - of audiovisual performers’ earnings, it is in this COVID-19 era that is negatively affecting economic activity including new productions."

The Treaty entered into force on April 28, 2020, three months after Indonesia joined as the key 30th accession or ratification. WIPO member states in 2012 approved the Treaty at a Diplomatic Conference hosted by the Chinese Government in Beijing, from where the Treaty takes its name.

Summary of the Beijing Treaty on Audiovisual Performances (2012)

· The right of reproduction is the right to authorize director or indirect reproduction of the performance fixed in an audiovisual fixation in any manner or form.

· The right of distribution is the right to authorize the making available to the public of the original and copies of the performance fixed in an audiovisual fixation through sale or other transfer of ownership.

· The right of rental is the right to authorize the commercial rental to the public of the original and copies of the performance fixed in an audiovisual fixation.

The Treaty also grants performers moral rights, that is, the right to claim to be identified as the performer (except where such an omission would be dictated by the manner of the use of the performance); and the right to object to any distortion, mutilation or other modification that would be prejudicial to the performer's reputation, taking into account the nature of the audiovisual fixations.

As to the transfer of rights, the Treaty provides that Contracting Parties may stipulate in their national laws that once a performer has consented to the audiovisual fixation of a performance, the exclusive rights mentioned above are transferred to the producer of the audiovisual fixation (unless a contract between the performer and producer states otherwise). Independent of such a transfer of rights, national laws or individual, collective or other agreements may provide the performer with the right to receive royalties or equitable remuneration for any use of the performance, as provided for under the Treaty.

The term of protection must be at least 50 years.

The enjoyment and exercise of the rights provided for in the Treaty cannot be subject to any formality.

The Treaty obliges Contracting Parties to provide for legal remedies against the circumvention of technological measures (e.g., encryption) used by performers in connection with the exercise of their rights, and against the removal or altering of information – such as the indication of certain data that identify the performer, performance and the audiovisual fixation itself – necessary for the management (e.g., licensing, collecting and distribution of royalties) of the said rights ("rights management information").

An Agreed Statement related to the interplay between technological measures and limitations and exceptions clarifies that nothing prevents a Contracting Party from adopting effective and necessary measures to ensure that a beneficiary may enjoy limitations and exceptions, where technological measures have been applied to an audiovisual performance and the beneficiary has legal access to that performance. The above effective and necessary measures may be needed only where appropriate and effective measures have not been taken by rights holders in relation to that performance to enable the beneficiary to enjoy the limitations and exceptions under that Contracting Party's national law. Without prejudice to the legal protection of an audiovisual work in which a performance is fixed, the obligations concerning technological measures of protection are not applicable to performances unprotected or no longer protected under the national law giving effect to the Treaty.

The Treaty obliges each Contracting Party to adopt, in accordance with its legal system, the measures necessary to ensure the application of the Treaty. In particular, each Contracting Party must ensure that enforcement procedures are available under its law so as to permit effective action against any act of infringement of rights covered by the Treaty. Such action must include expeditious remedies to prevent infringement as well as remedies that constitute a deterrent to further infringement.

The Treaty establishes an Assembly of the Contracting Parties whose main task is to address matters concerning the maintenance and development of the Treaty. It entrusts to the Secretariat of WIPO the administrative tasks concerning the Treaty.

The Beijing Treaty will enter into force three months after 30 eligible parties have deposited their instruments of ratification or accession. The Treaty is open to States members of WIPO and to the European Union. The Assembly constituted by the Treaty may decide to admit other intergovernmental organizations to become party to the Treaty. Instruments of ratification or accession must be deposited with the Director General of WIPO.