This article focuses on the Court’s unfair competition decision. 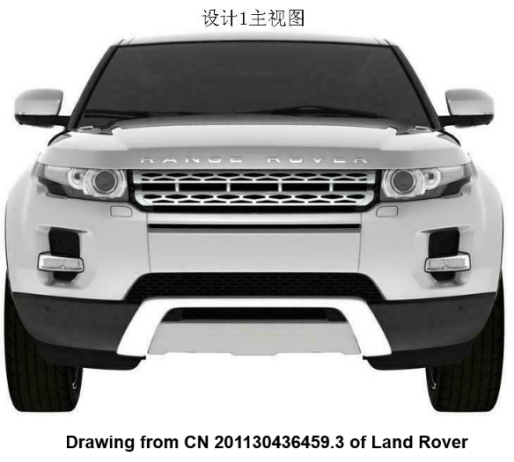 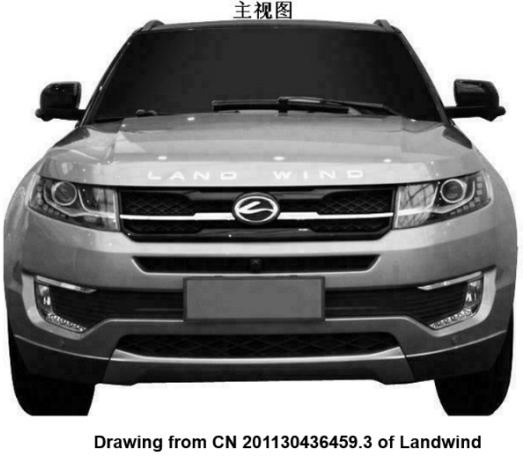 Meanwhile, in 2016 Land Rover sued Jiangling before the Beijing Chaoyang District People’s Court for both unfair competition and copyright infringement, in which the unfair competition claim of Land Rover was supported, but its claim for copyright infringement was rejected. Both cases were appealed to the Court, which leads to the decisions discussed herein.

The Court held that the exterior design of a car may carry a variety of intellectual property rights. As such, the proprietor of the exterior design is entitled to institute multiple legal actions based on different legal rights. The loss of rights under one legal scheme does not necessarily mean rights under another legal scheme cannot be protected. In the present case, where the design patent of Range Rover Evoque has been invalidated, the Court held that Land Rover may still sue for unfair competition and copyright infringement.

For the application of Art. 6 of the Anti-unfair Competition Law, the Court applied a three-step test:

Whether the decoration at issue is distinctive, and has a certain degree of influence among the relevant public;

Whether the alleged infringer uses the decoration at issue or a similar decoration in an identical or similar product; and

At step (1), the Court referred to a 2010 decision of the Supreme People’s Court on unfair competition, and held that decoration of a commodity under the Anti-unfair Competition Law includes the shape or structure of the commodity itself. In the present case, the Court found the five design features of Range Rover Evoque are not conventional, nor are they solely dictated by the function of the features. The Court also found that these five design features are distinctive, in that the relevant public associates them with Land Rover.

The Court further found that in order to be protected under the Anti-unfair Competition Law, the decoration must have a certain degree of reputation and influence. In that regard, Land Rover’s evidence included the marketing campaigns launched for the Range Rover Evoque and the extensive media coverage and awards it received. Additional evidence indicated that the Range Rover Evoque was widely marketed for an extended period of time. The Court found this sufficient proof of the reputation and influence required by Art. 6 of the Anti-unfair Competition Law.

The exterior design of a car may be protected under multiple legal schemes, such as design law, copyright law and unfair competition law.  Strategic and coordinated marketing campaigns by a car manufacturer may help establish the distinctiveness of the exterior design of a car for obtaining protection as a commodity decoration of certain influence under China’s Anti-unfair Competition Law. However, car manufactures should pay special attention to the timing of their first public viewings and be sure to file their design patents before any public disclosures.