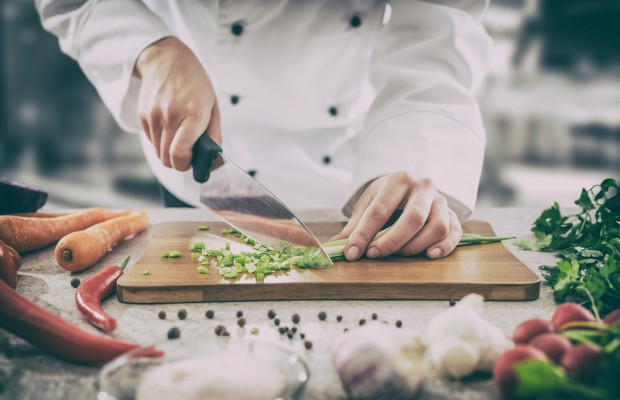 American celebrity chefs Chloe Coscarelli and Tom Colicchio are seeking a declaratory judgment that their new vegan pop up restaurant does not infringe a trademark owned by BC Hospitality Group (BCHG).

In the request, filed in the US District Court for the Southern District of New York on Thursday, March 14, the chefs said Coscarelli had been subject to a “a vicious campaign to interfere with, disrupt, and outright stop Chloe’s growing success at all costs”.

Coscarelli and Colicchio established the vegan pop up restaurant Supernatural  in New York earlier this month. According to the filing, BCHG sent a “threat letter” accusing the chefs of infringing a BCHG trademark for the ‘by Chloe’ brand.

BCHG owns a series of marks for ‘by Chloe’, which are subject to opposition proceedings by Coscarelli before the Trademark Trial and Appeal Board.

According to the filing, Coscarelli partnered with a predecessor of BCHG to develop the ‘by Chloe’ series of vegan restaurants, with which she has not had any involvement for the past two years.

Coscarelli left the business after an arbitrator found that she had been “grossly negligent” of the restaurant chain.

The chefs said that BCHG was claiming that only it was “allowed to run a vegan restaurant that involves Chloe’s name, face, or likeness”.

BCHG cited a name, face and likeness (NFL) agreement that Coscarelli had entered into when she was involved in the ‘by Chloe’ restaurants, the filing said.

Coscarelli said the purpose of the NFL agreement was “to provide a limited-use license to her name, face, and likeness rights to the company operating “fast-casual” vegan restaurant ‘by CHLOE.’”

The agreement was cancelled in March 2018, the filing said.

The chefs are seeking a declaratory judgment that the Supernatural restaurant does not either infringe BCHG’s trademarks, or violate the NFL agreement.

In a statement sent to WIPR, a representative of BCHG said that the branding of the new restaurant had been "confusing for several of our customers".

"In the interest of both parties’ customer experience, we sent a letter asking them to change or remove the specific similarities in the branding to avoid any further misunderstanding", the statement said.