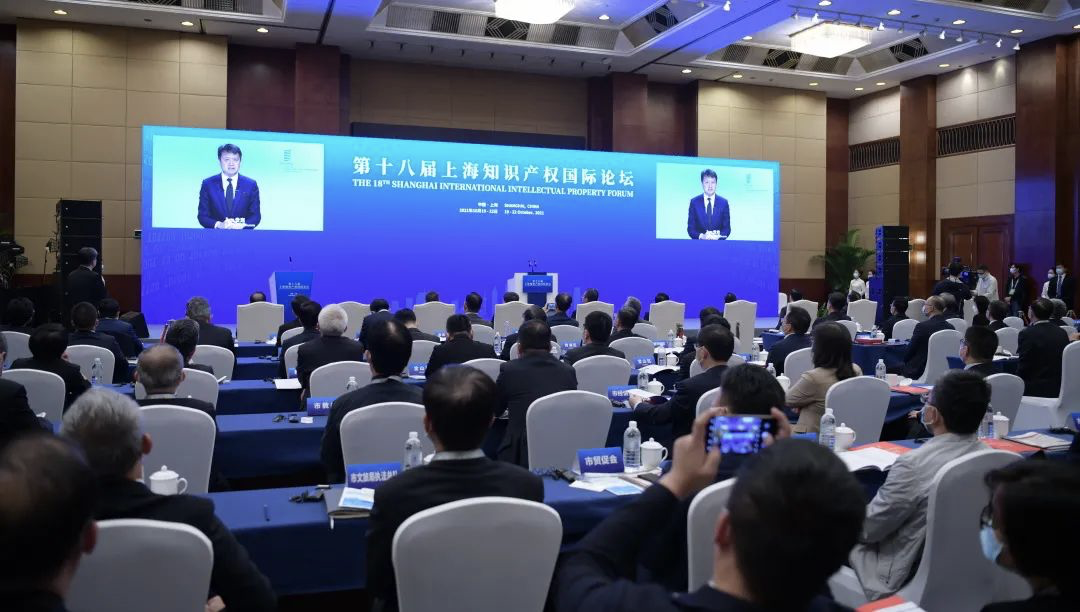 In his speech, Mr. Daren Tang commended Shanghai’s efforts and achievements in building an efficient IP ecosystem as an international innovation and creation hub, and congratulated Shanghai on its outstanding performance in the Global Innovation Index 2021 (GII 2021), in which Shanghai ranks the 8th out of the TOP 100 Innovation Clusters, surpassing New York. Hepointed out that the WIPO Arbitration and Mediation Shanghai Service is a symbol of the strong partnership between WIPO and China.

Mr. Daren Tang congratulated the winners of this year’s WIPO-SMPG Shanghai IP Innovation Award and introduced WIPO’s new strategic plan that is to reinforce WIPO’s traditional areas of strength, as the provider of global IP services and the convener of the international IP community; to ensure that IP acts as a powerful catalyst for jobs, investments, economic development and social vibrancy in all economies and in every region of the world. In this regard, WIPO promises to further reach out to the marginal communities of IP and bring the benefits of IP to small and medium-sized enterprises, women and youth. About the Shanghai International IP Forum and the WIPO-SMPG Shanghai IP Innovation Award:

Founded in 2003, the Shanghai International IP Forum has become the most influential international IP forum in China. Since 2014, WIPO has been the co-host of the Forum according to the Memorandum of Understanding (MOU) on Cooperation in the Field of Intellectual Property and the Supplementary Agreement to the MOU signed by WIPO and SMPG. With the theme of IP Protection and International Cooperation in the Era of Digital Economy, the 18th Forum attracted hundreds of government officials, experts and scholars at home and abroad, and corporate executives to discuss and promote IP protection and cooperation in the digital economy.

The WIPO-SMPG Shanghai IP Innovation Award is an important area of cooperation stipulated in the MOU. The Award features three categories related to IP: “Creation”, “Protection” and “Utilization”, designed to honor enterprises and institutions from key industries in Shanghai that have demonstrated outstanding performance in high-quality and efficient IP creation, protection and utilization respectively.